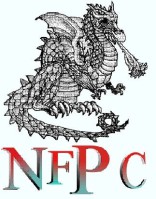 Visitors to this site:

Settlement at Norton Fitzwarren is ancient.

the hill fort was fortified with earthworks that were rebuilt when itwas enlarged in the Iron Age.

more than one site in the Parish.

Norton therefore is much older than the nearby town of Taunton,which recently celebrated 1100

years since the granting of its Charter and was founded by the Saxon King Ina(688-726).

was held by Fulke Fitz-Guarine (the son of Guarine), which became anglicized to Fitzwarren.

Norton is a “ton”, that is settlement, to the north: presumably because it is north of the river Tone,

whereas the old town of Taunton was originally to the south.